Embracing the Challenge of Change

Raise your hand if you live by a routine.

All of us rely on routines to accomplish that which we need and want to each day. We get up at a certain time, we work out at the same time (sometimes running on the same treadmill!) and get in the car at the same time to beat the traffic to work

But what happens when our routines are challenged? When a client unexpectedly cancels a project? When a job is eliminated? When a key employee leaves? Changes to our routine can be the source of great anxiety.

But change can also be the source of insight and creative energy. It is often referred to as the gateway to new and unexpected opportunities and/or outcomes.

Leo Babauta writes of learning to “go with the flow,” important, he says, because “No matter how much structure we create in our lives, no matter how many good habits we build, there will always be things that we cannot control — and if we let them, these things can be a huge source of anger, frustration and stress.” (“12 Practical Steps for Learning to Go With the Flow.” Leo Babauta. http://zenhabits.net/12-practical-steps-for-learning-to-go-with-the-flow)

But if we live (and sometimes feel like we die) by our routines, how can we “go with the flow” and be open to (disruptive) change that might reveal a new path for us? Simply put, we can practice openness.

1. Add 15 minutes to your morning routine and use the time to focus on you. Meditate, pray, write in a journal. Sitting quietly and in the moment is the key. I live along Lake Michigan and often watch the sun rise – the beauty of this never gets old!

2. Venture outside a comfort zone by learning something new, such as a language, a craft, a sport. Practicing this “new” something can be challenging and humbling but also full of promise.

3. Learn how to do something in a new way. The difficulty doing so puts the “what” of the routine front and center. Try brushing your teeth holding your toothbrush in the opposite hand.

5. Laugh out loud with someone at least once a day. How hard can this be?

Practicing openness, even through a task as simple as brushing your teeth, prepares you to be open to the challenges of larger (sometimes institutional, always inevitable) change.

The Rule of Three: How to Make Public Speaking a Walk in the Park (Sans Clowns) 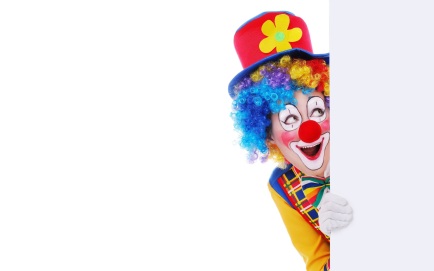 You may not like clowns but if you’re like 74% of the people polled in a survey on anxiety, you’d rather walk into a park filled with them than speak publicly. (http://brandongaille.com/14-fear-public-speaking-statistics/).

However…since you’re more likely to be asked to speak publicly – most likely at work — than you are to walk with clowns, why not learn a simple way to develop a memorable speech quickly?

These recognizable phrases all follow the Rule of 3, a writing tip that’s an easy way of generating ideas and organizing them into a talk that your audience will remember. This Rule works because it’s based on the fact that people find it easy to remember 3 things.

To apply the Rule of 3, divide the idea you want to talk about into 3 pieces, with each piece a subset of the main idea. Remember this: each sub-idea must be clearly connected both to the main idea and to the other two ideas.

Let’s say you’re going to talk about why you don’t like clowns. Your main idea might be “I’ve never really trusted clowns.”

Sub-set idea number 1 might be “To trust someone, I need to see her face and a clown’s makeup makes that impossible.” You might add some details about clown makeup to explain this idea a bit.

Sub-set idea number 2 might be “Another reason I don’t trust clowns is that they dress in ways that are too fantastic.” This idea continues to develop the idea of clowns not being trustworthy AND uses connecting language — “another reason” — that shows that this idea is connected to the one before it.

(The principle of creating connections between ideas is essential to effective public speaking as connections provide the roadmap your audience needs to follow your talk. There are many types of connection words that you can use, such as numeric [first idea, second idea], and emphatic [least to most important].)

Sub-set idea number 3 might be “The final reason I don’t trust clowns is their silence.” Idea 3 is still connected to the main idea and the two other sub-set ideas, with its connection emphasized by other connecting language — “The final reason.”

Now that you’ve built the internal pieces of your talk, it’s time to think about how to begin it.

Telling an opening story is the best way to immediately connect with your audience and get them to pay attention to what you have to say. An example opening for your clown story might be: “Growing up I used to go to the Ringling Brothers Circus performances in the original Madison Square Garden every year. Unlike the other kids who loved watching the clowns perform, I was never really enthralled. And now I realize that my less-than enthusiastic response was because I never really trusted clowns. ”

You could finish your clown talk by recapping your main idea in a slightly new way: “Recently, news stories have connected clown sightings with people feeling scared. As someone who never found clowns to be funny and who always distrusted them, I feel somewhat vindicated by this negative publicity!”

Regardless of how complicated the subject matter of your talk may be, following the Rule of 3 gives you the building blocks you need to put yourself on the path to becoming a strong public speaker.